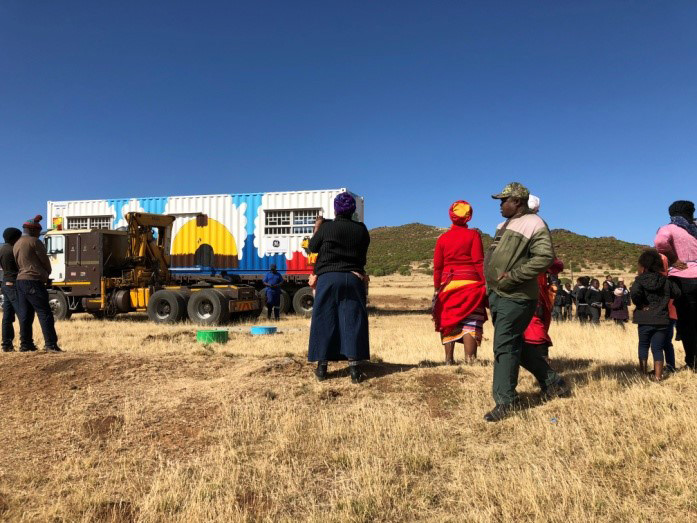 This case study illustrates not only the sustainability of a community initiated and supported ECD Centre, but also the grit and determination they displayed in trying to do the best for their children and so give them a head start to formal education that all parents aspire to – whoever they are and wherever they find themselves – no matter how long it takes… 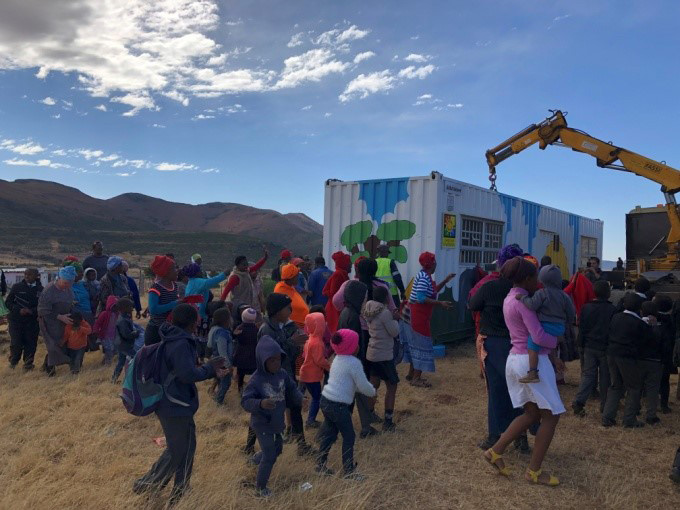 In April 2008, as part of the Sobambisana Research Project Khululeka undertook a Participatory Appraisal in Lower Didimana in order to identify the most vulnerable and marginalised young children and their families.

Over the course of the weekly workshops offered during 2008 – 2010, the participants on the Infants and Toddlers Parent Support Group gelled into a cohesive group who no longer only met as a group on a weekly basis but now provided one another with regular ongoing support on a daily basis. The vulnerable, marginalised individuals who enrolled on the programme transformed into strong, articulate women clear about the rights and responsibilities that encompass all things related early childhood development in their village. 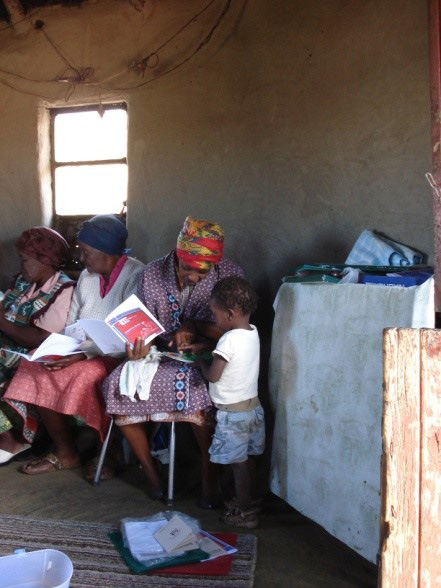 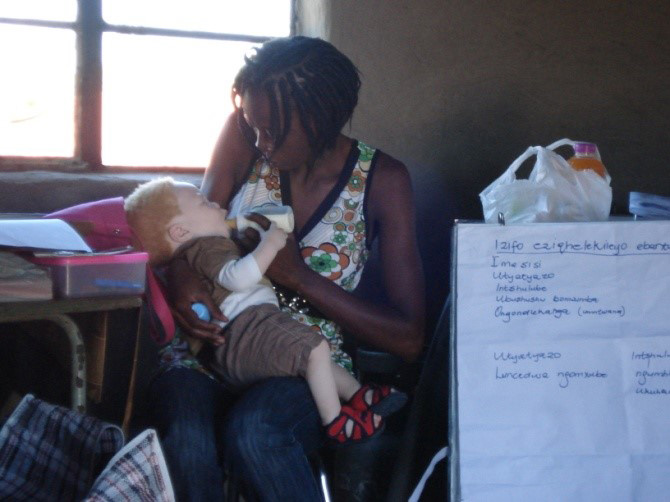 “This programme has united us as mothers in this small village; we are one big family now”.

“It helped us to understand the important aspects of child development from knowing that children have rights and that we as parents need to respect them, support their educational needs and provide them with nutritional balanced diet”.

Birth of the Sinako Playgroup:

2010
Didimana is a large village and in the area from which most of the Infant and Toddler Parent Support Programme participants were drawn there was no opportunity for young children to socialise constructively in a large group with a variety of educational materials at their disposal.  The growth in the participants understanding of all things ECD saw a concomitant rise in their concern for the appropriate nurture and stimulation of ALL the young children in this area of Didmana.

As the workshop programme neared its completion in 2010, three of the participants, fully sanctioned to do so by the others, met with the community of that section of the village and offered to start a playgroup in the yard of one of the group members. This participant had made available a vacant, house in which to offer this proposed ECD service and thereby meet the needs of the young children raised.

With overwhelming endorsement by the villagers who went around encouraging friends and neighbours to send their children, Sinako Playgroup opened its doors in October 2010 as the only daycare facility in the village operating from 08h00 to 16h00 during week days. It soon became a broader community effort as the parents of the children contributing whatever food they could spare to make meals for the children expanded to include donations from those with no direct affiliation to the playgroup. 16 young children ranging in ages from 6 months to 4 years now safely cared for and nurtured under the watchful eye of caring adults. 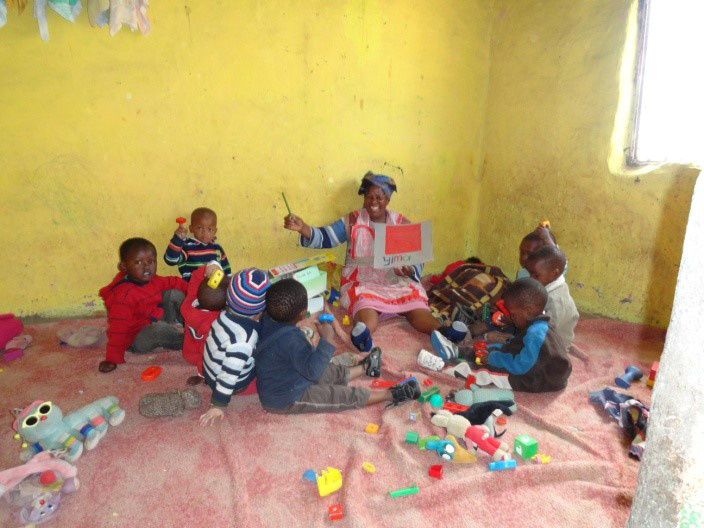 -Playing with the children 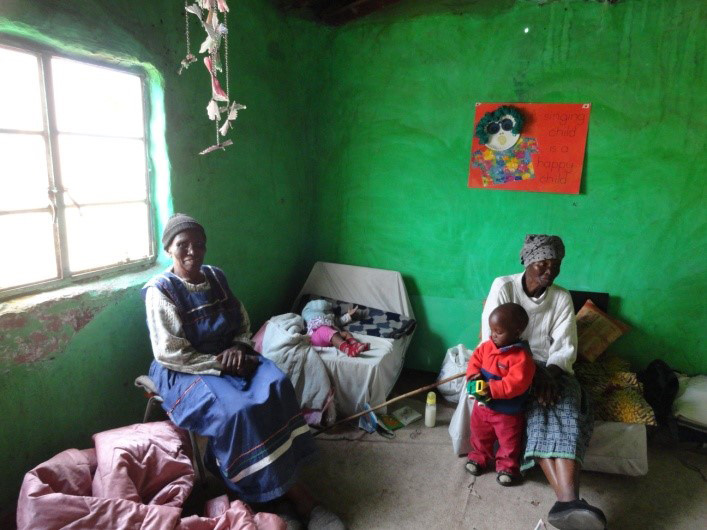 -Sitting with the sleeping babies (lying on the couch)

2011/12
Six of the children started their Grade R year and 13 children were enrolled at the playgroup. In 2012 one of the founding members of the playgroup, from whose premises the playgroup operates, died. Her adult children came down from Gauteng to bury their mother and at her funeral told the people that because of their late mother’s enthusiasm for the playgroup it could continue in the house with their blessing in the interim. 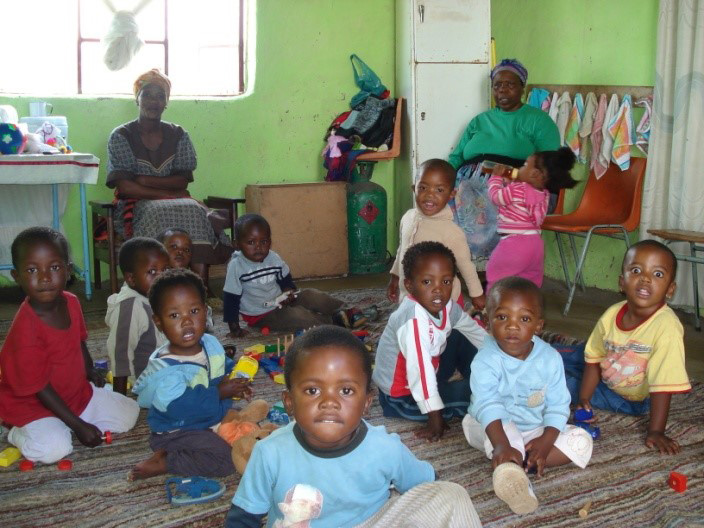 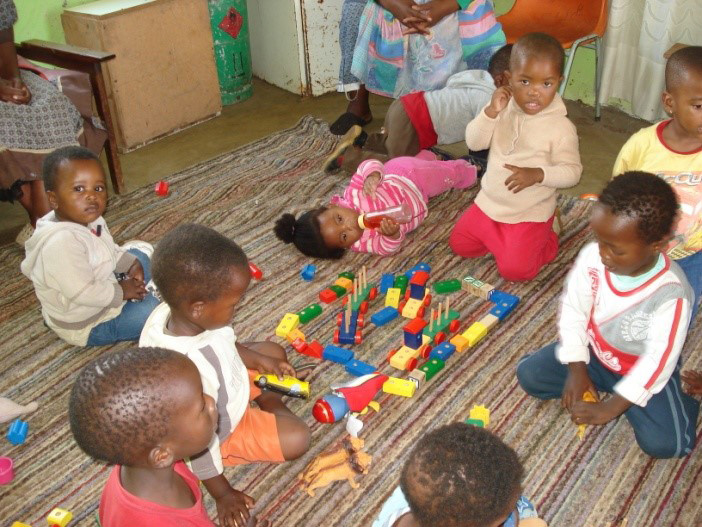 2013:
During a visit to the Centre the caregivers shared that in the interim: 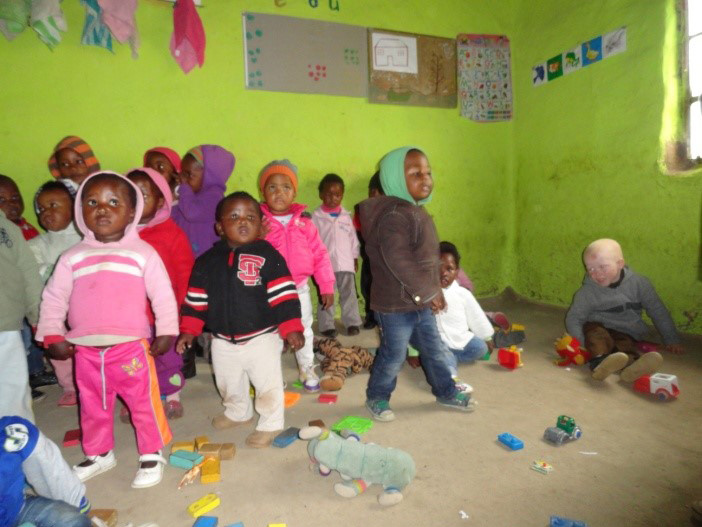 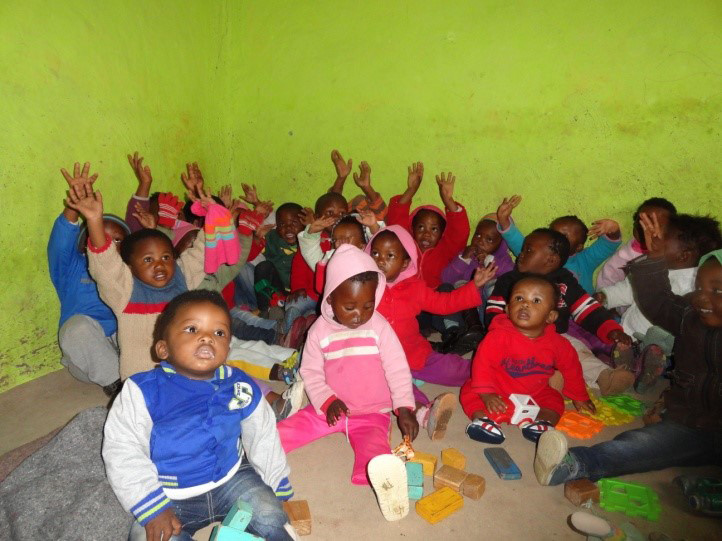 2017
Fast forward to 2017 and the preschool continues to go from strength to strength with 26 children enrolled and their caregivers still contributing a small monthly fee towards the feeding of their children at school. They decided to do this as they want to make sure that each child is fed regardless of whether their parent can afford this small fee or not and that all the children are receiving the same nutritious meal.  All children living in Didimana, including those from other countries like Zimbabwe are welcomed. Having an Edutainer classroom placed on their own site thereby allowing this ECD Centre to grow and flourish even further, still a dream held dear.

27 July 2018
The excitement palpable as today the cherished dream becomes a reality for the group as they watched the large crane truck carrying the Edutainer classroom trundling into the village early on a clear, crisp winter morning.  The excited crowd, who had been patiently waiting, now running up the road to meet it, waving and dancing in the sun.  The first group of children to have passed through their hands and now at primary school on hand to witness this happy event and participate in the joyous celebrations that followed. 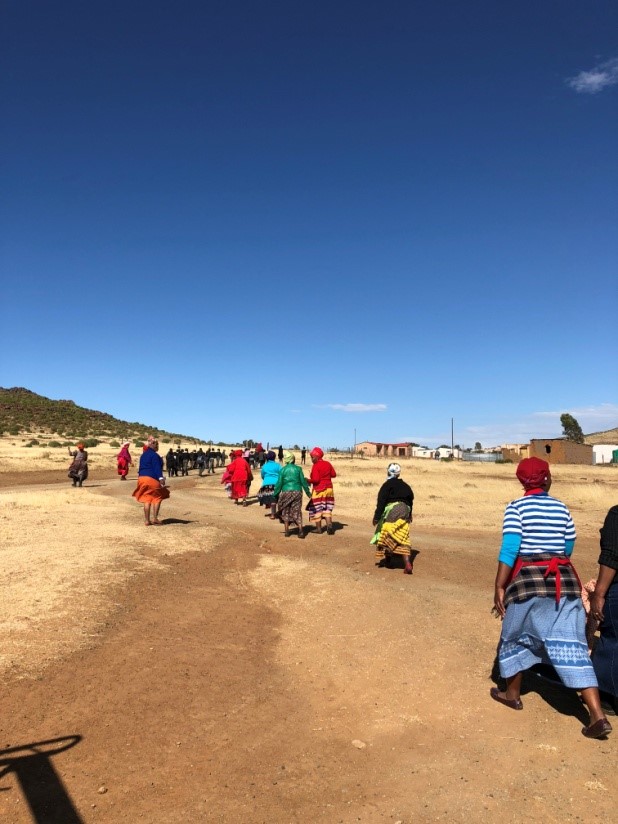 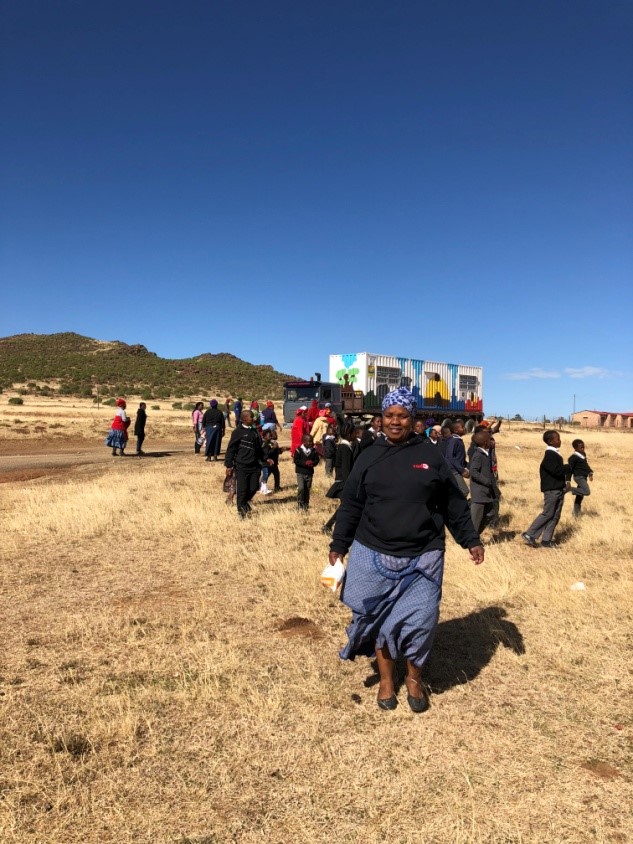 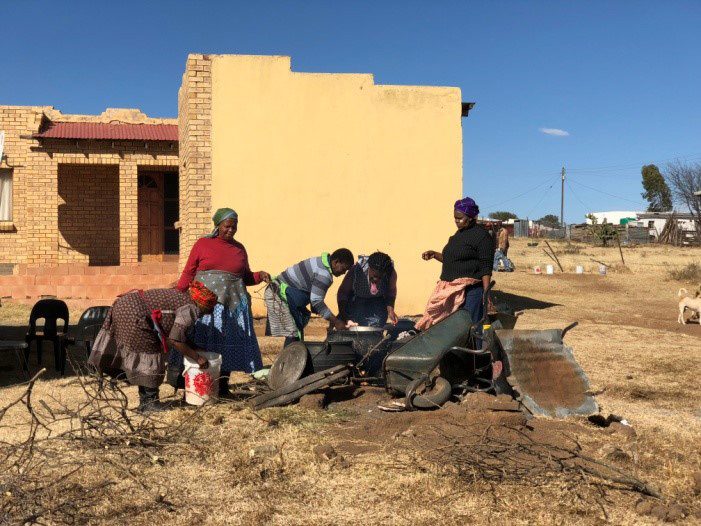 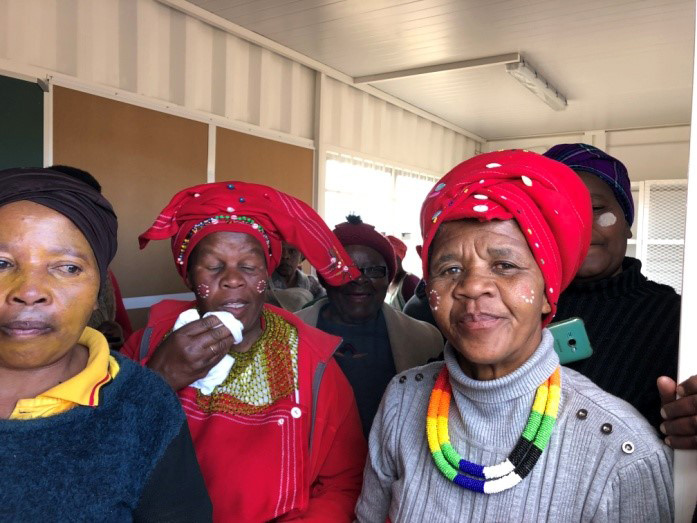 –A founding member overcome with emotion